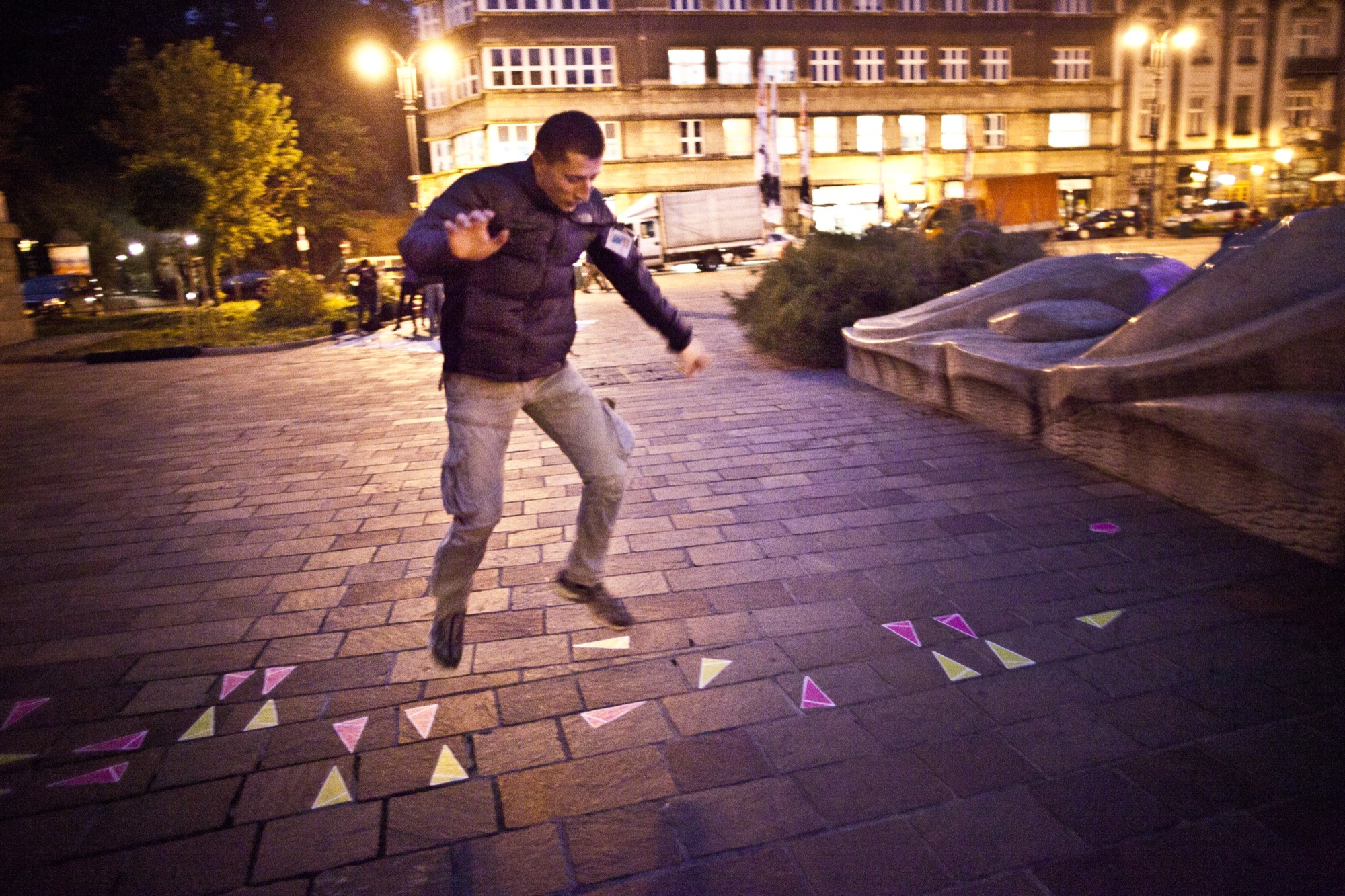 Race the Future is a two person narrative parkour race through the stages of a person’s life. One person races from birth to death, while another races backward through time from death to birth.

The Herdecke Sawhorses is a collective of 12 people from all around the world which met for the first time and created this game during 72 Hours Interaction, a world championship of playful architecture which took place on 21-27 July 2014 in Witten (Germany).