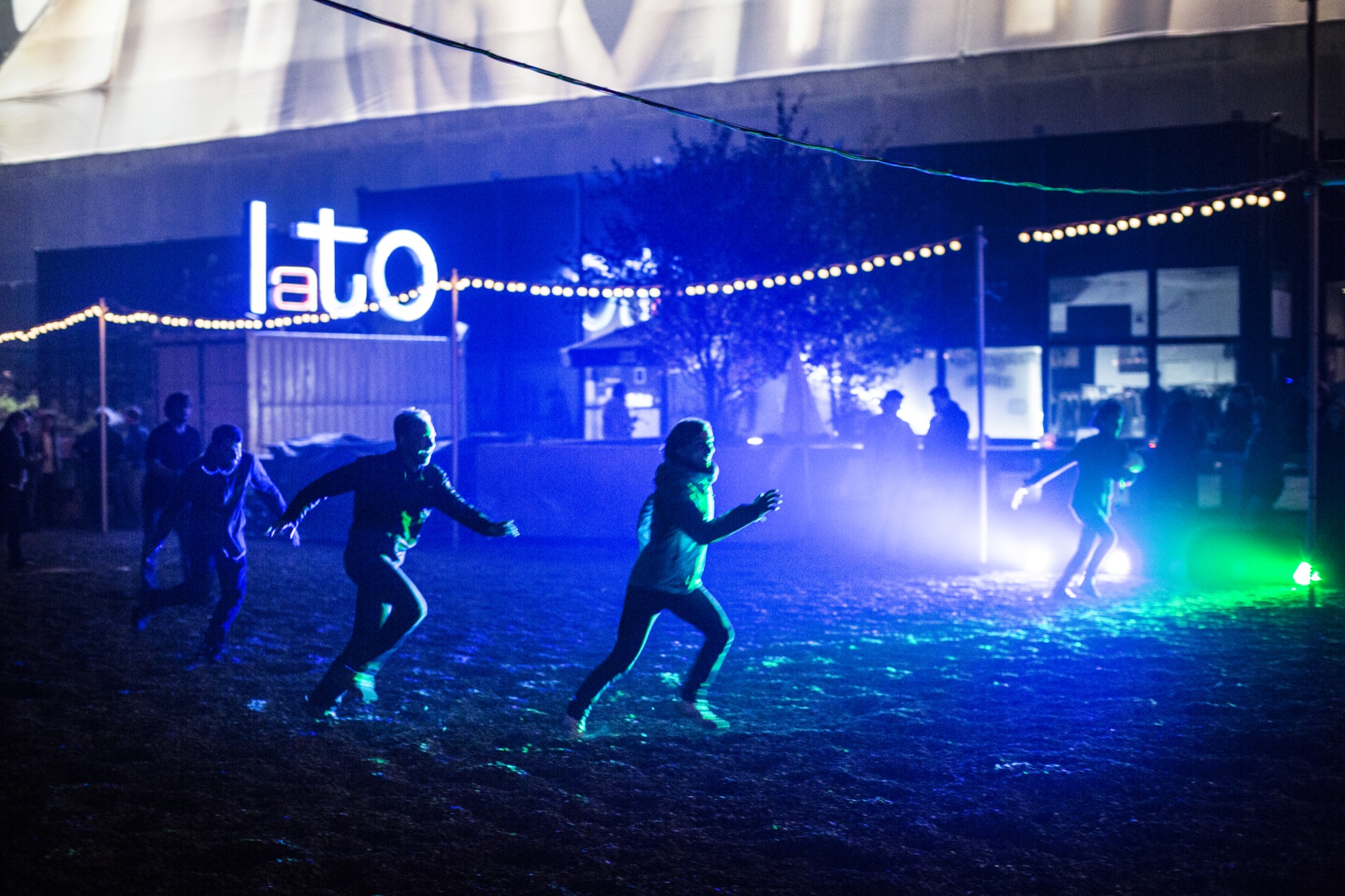 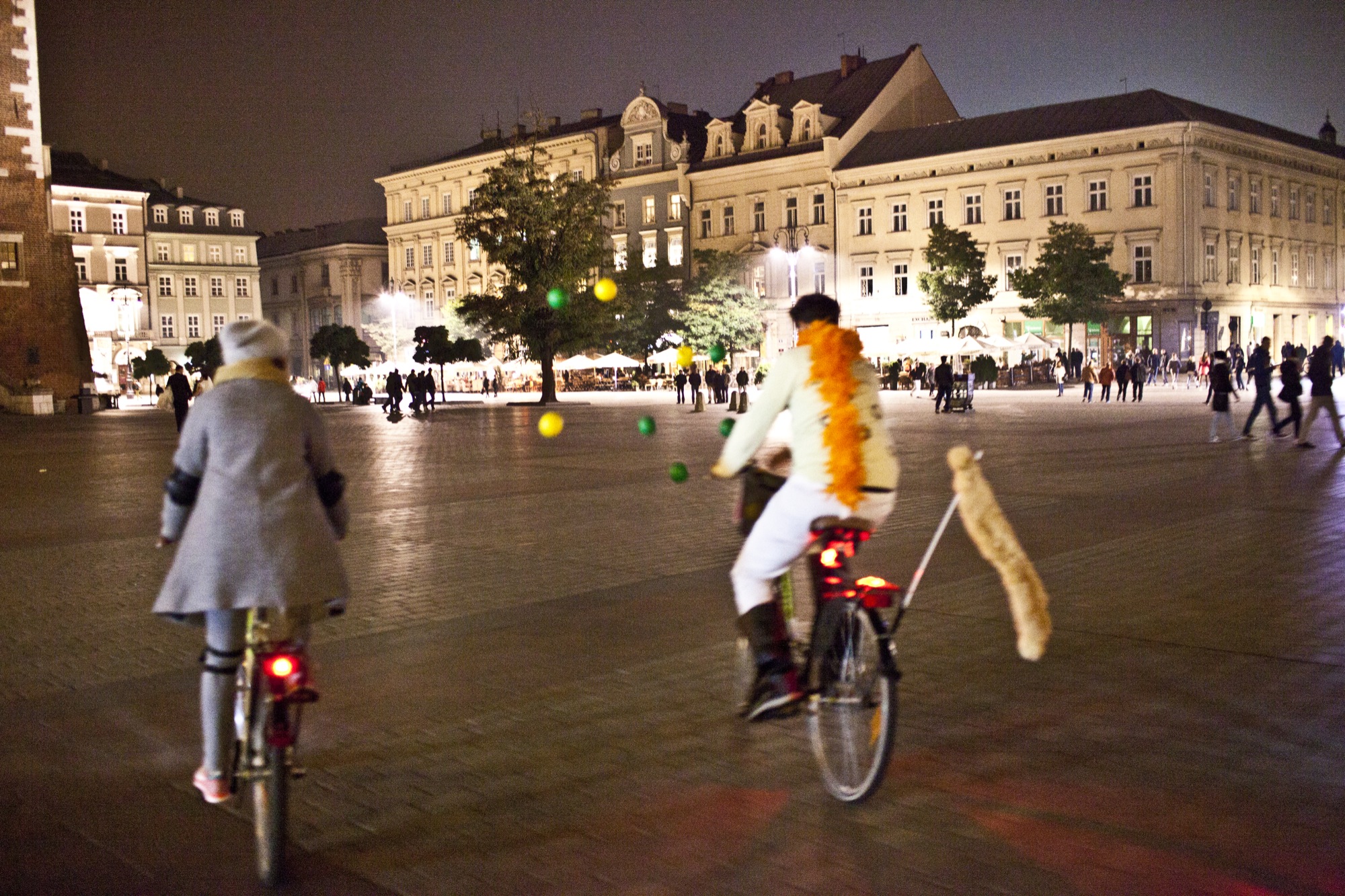 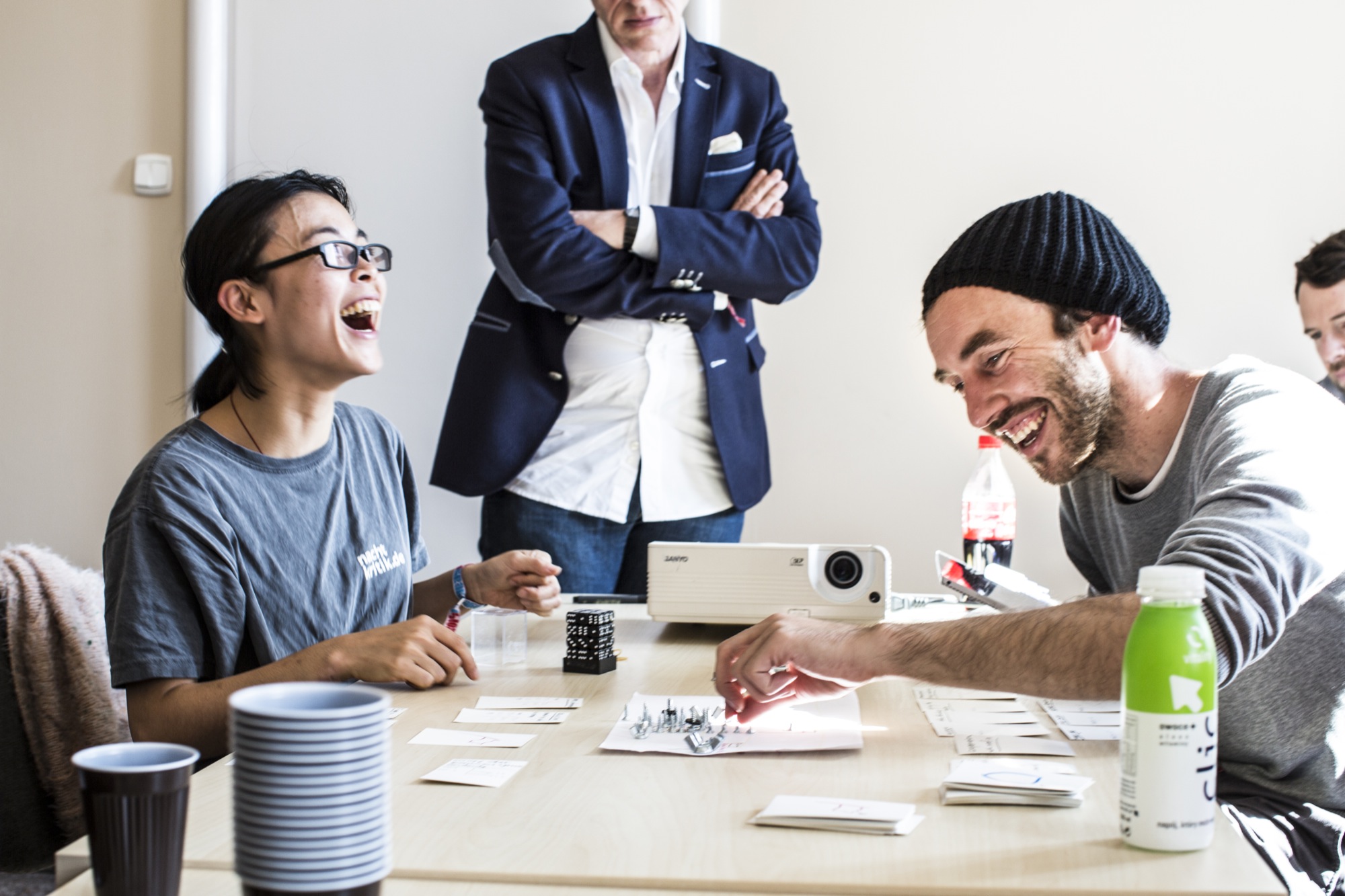 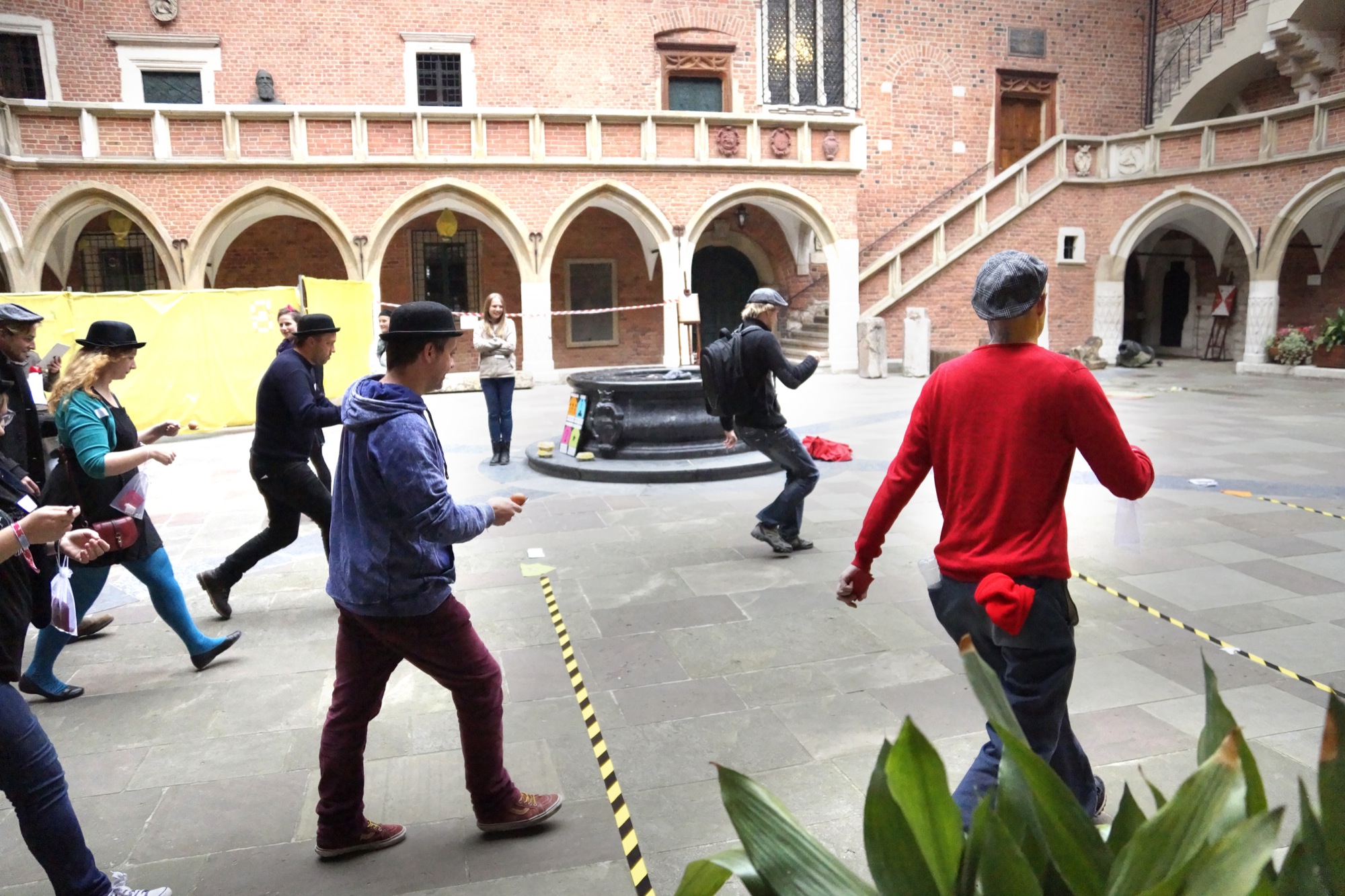 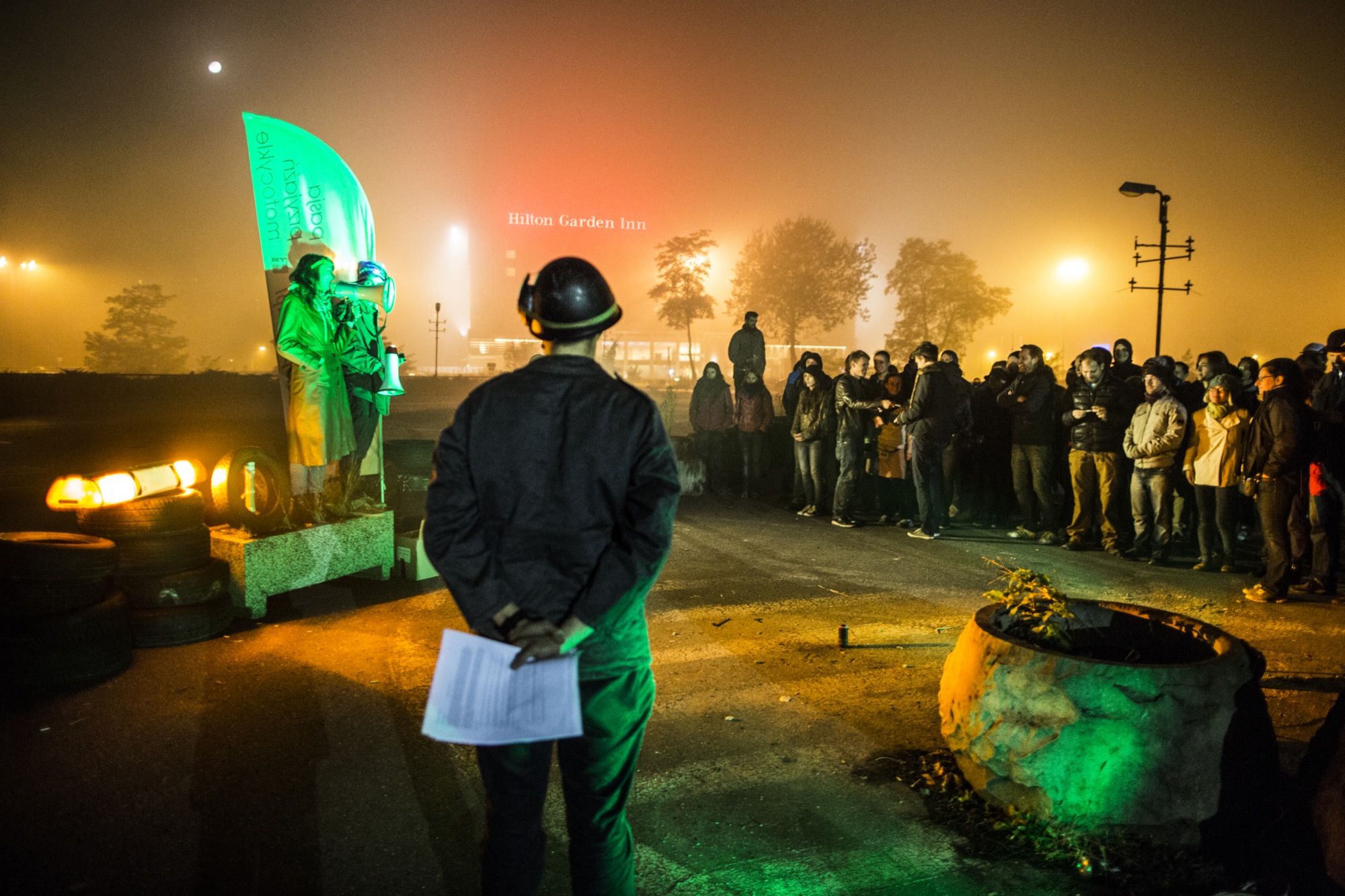 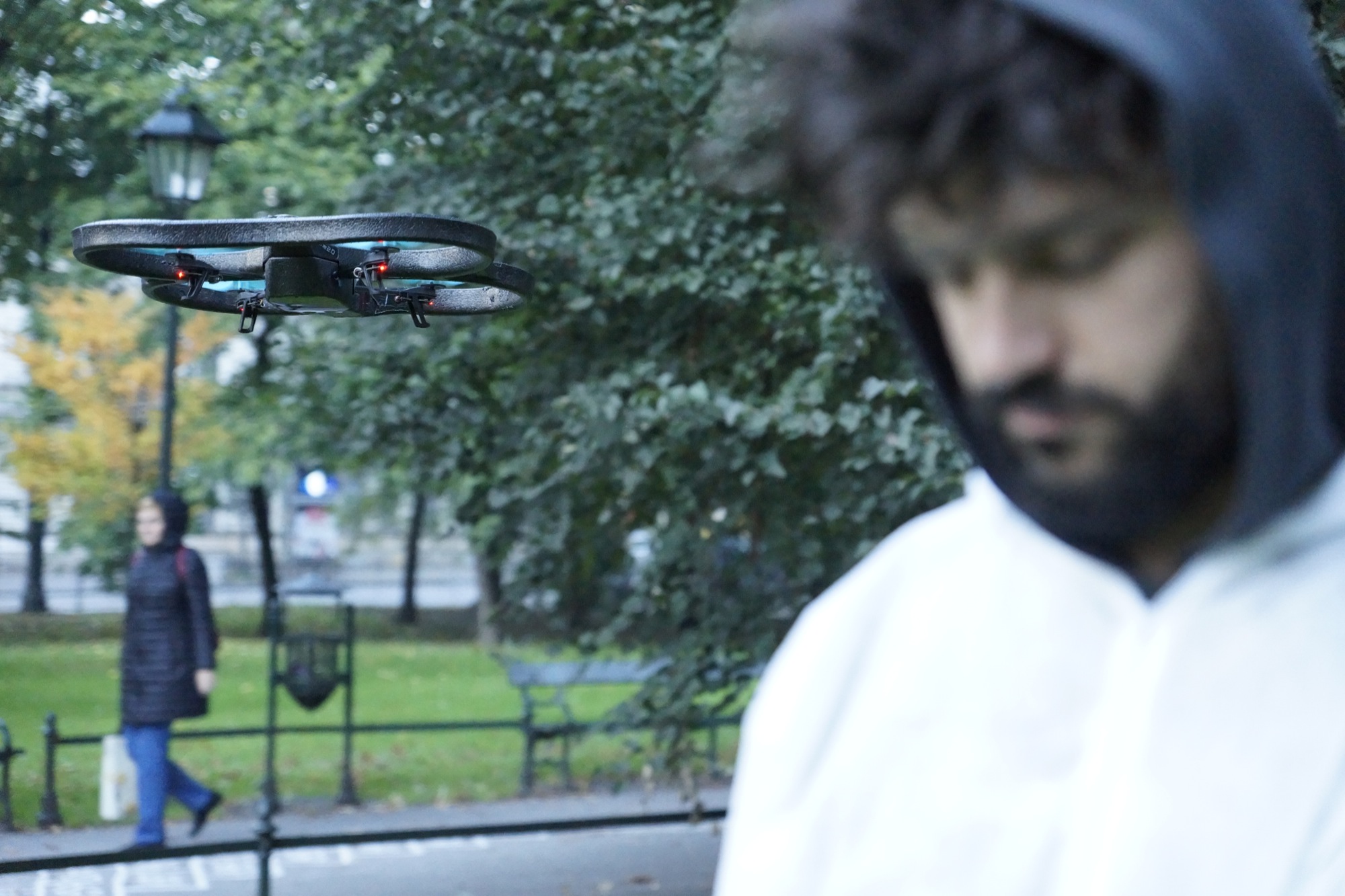 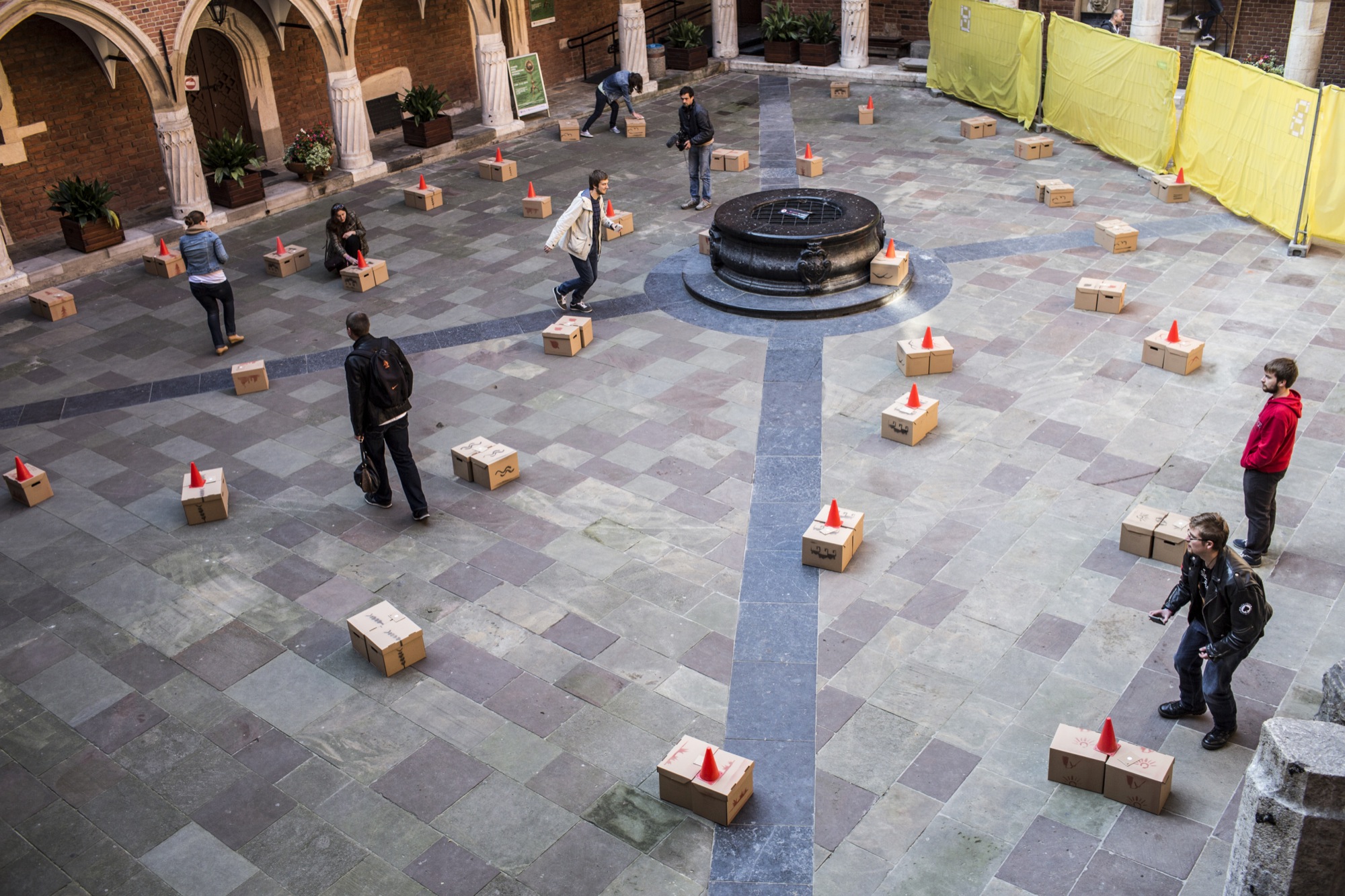 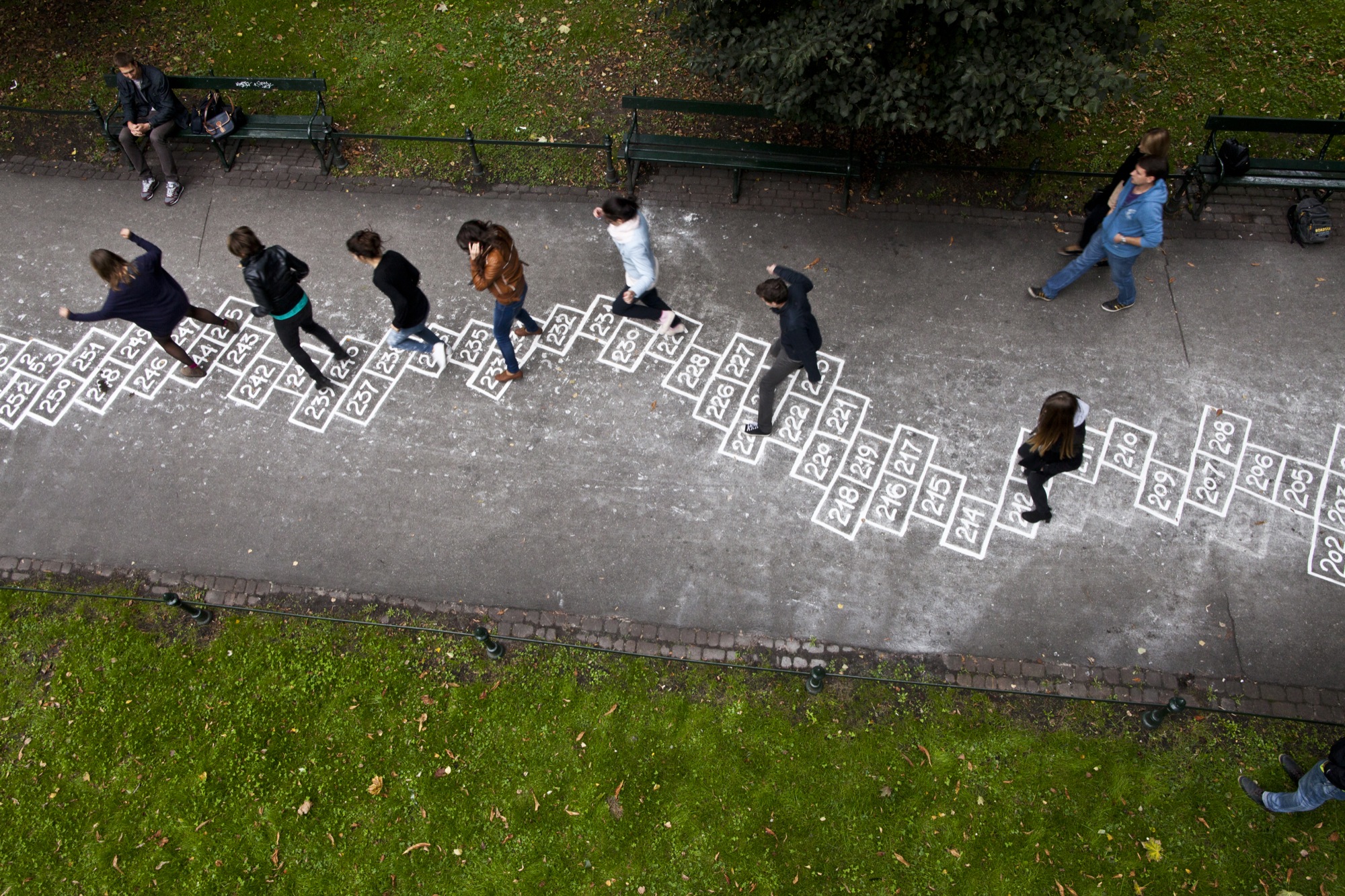 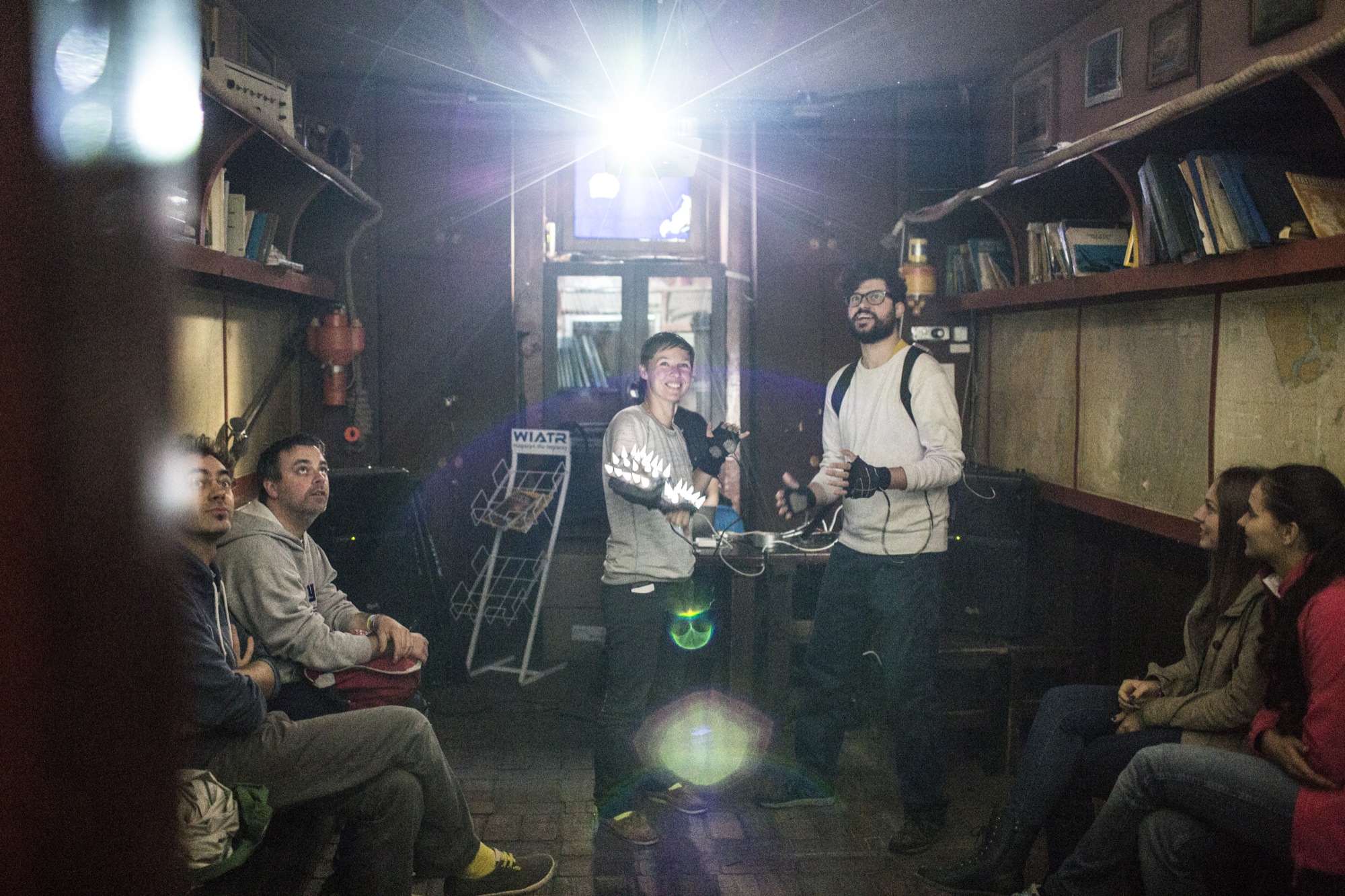 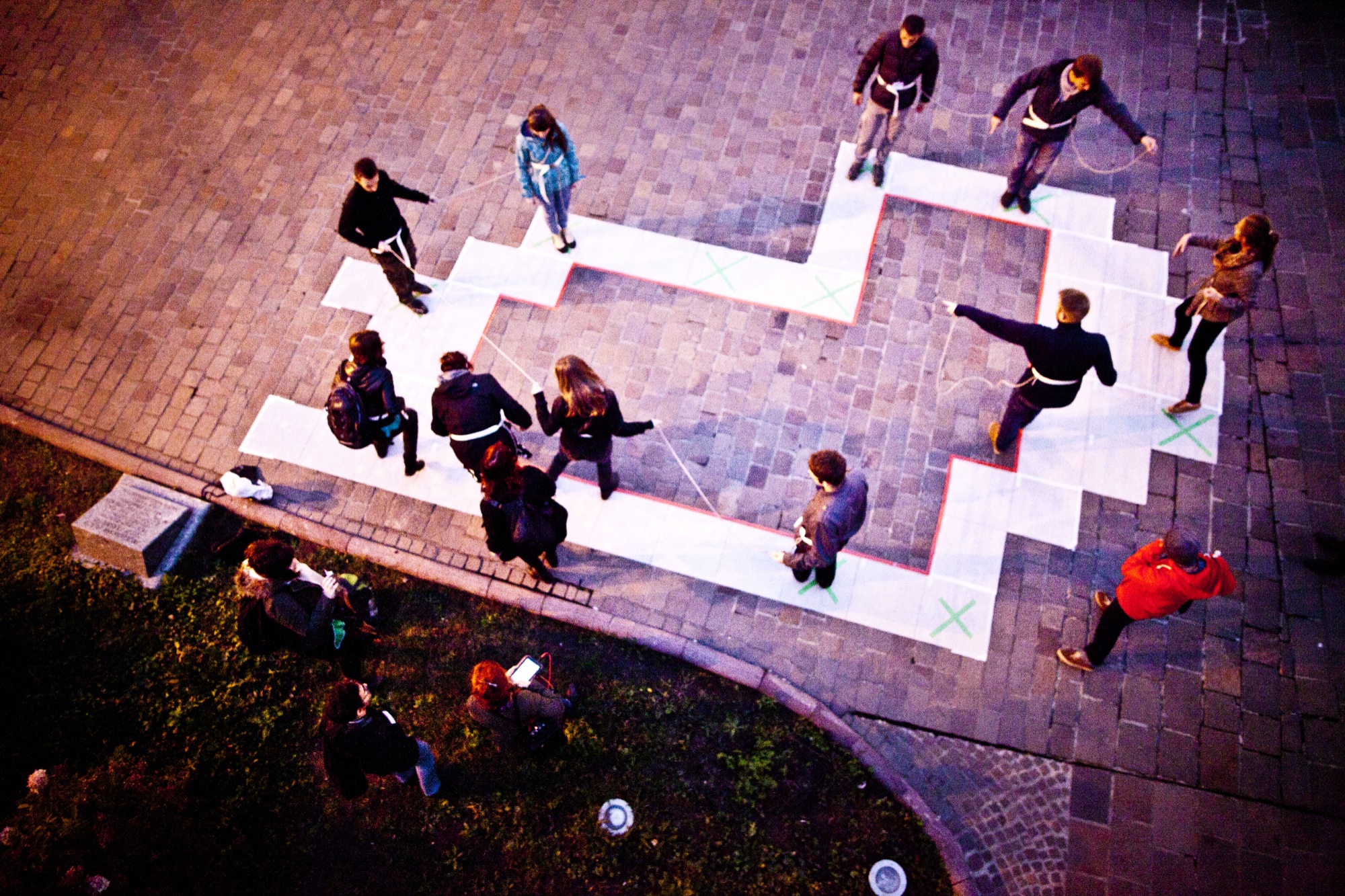 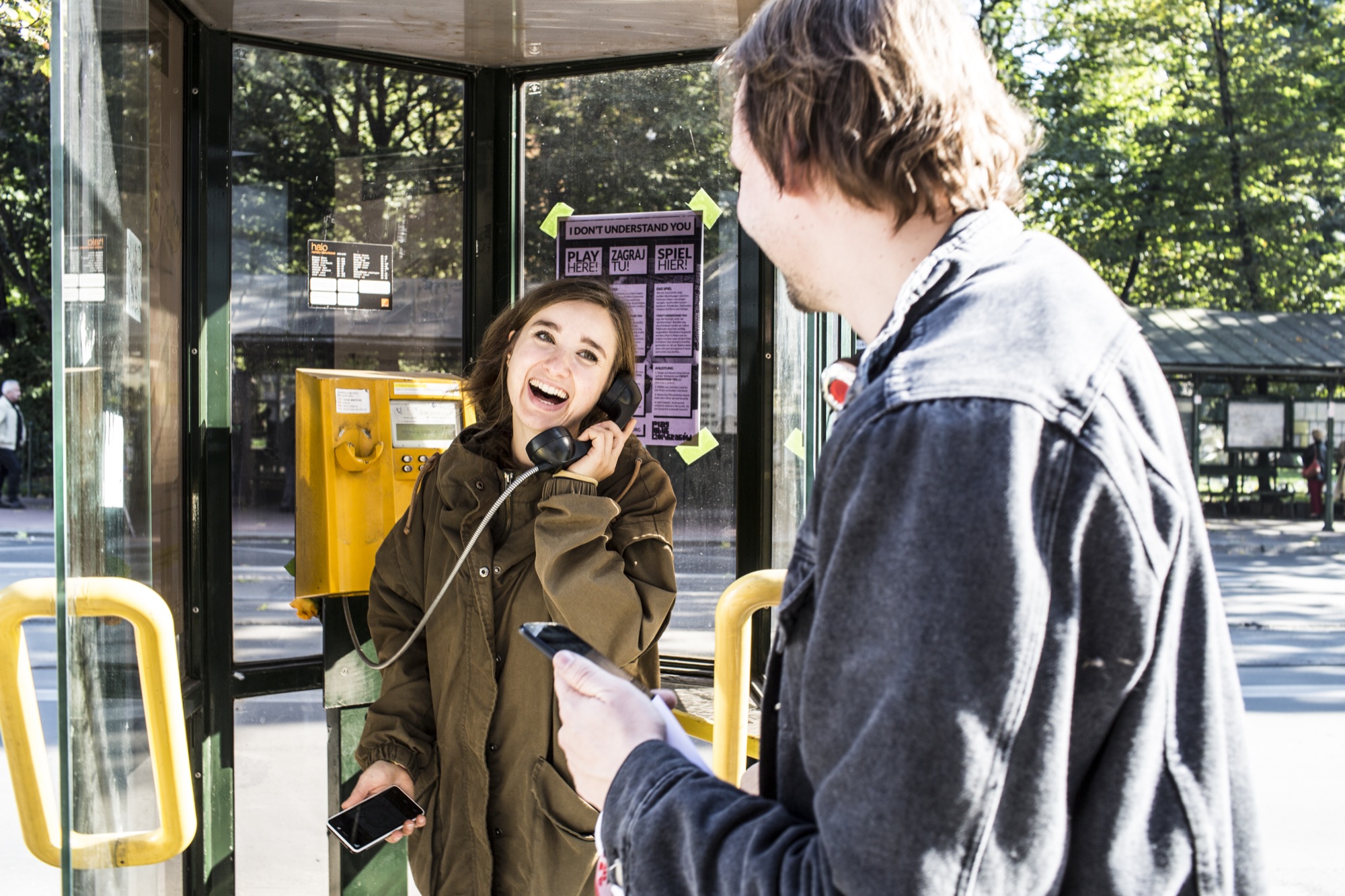 Take a moment and consider your world as a playground.

Your home, a hotel, the public square. Your office, a bar, a church, the library, the phone, the internet: all of it. Just for a moment, become an angel, a criminal, the perfect woman. Plan a city. Create a ritual. Dash, drift, glide, climb. Be a lightning bug. Eating, drinking, listening, talking, sleeping, dancing, hiding, watching, making.

What is your city for? What do you want to do with it? Do you know the many systems that govern how we communicate, commute, work, play, love?

From October 3-5 2014, let’s create the Momentary States of Kraków. Together, let’s try on new rules. Let’s use them to look at ourselves and the surrounding world – and then decide if we want to throw away or keep them.

Initiated by Goethe-Institut Krakau as part of the project SPIELTRIEB! and curated by Invisible Playground, this second edition of Playpublik features the work of more than 50 artists & designers from 15 countries, celebrating, exploring, questioning – in public, through play – what it means to live together in our shared world.

Playpublik Kraków combines Games, Workshops, and Conversations (please have a look at our practical infos on visiting the festival).

The week leading up to the festival, from September 29-October 1, we will run Playpublik Camp, a collaborative game design space, inviting all artists participating in Playpublik, as well as interested members of the public, to work on their projects on site in Kraków together, meet each other, playtest, and have fun.

The festival approaches the theme of Momentary States from three directions:

It has become impossible to think about economies without thinking about attention. Attention is a crucial aspect of post-industrial capitalism. Economies are central components of games. What momentary states of attention and economy arise when we play with systems of focus, value and work?

Games and religious rituals share a long history. Facing the multitude of 21st century urban societies, systems of belief are in crisis – and at the same time seem more attractive than ever. Which momentary states of belief and chaos arise when we play with this tension?

See here for information on the first edition of Playpublik in Berlin, 2012.